Rensa Family Company is the service supplier for the specialized sales companies of Rensa Family, such as Rensa Verwarming & Ventilatie, Gévier and Gafco. NEDCON recently installed an extension for the warehouse, which came into use in 2019, which is located 300 meters from our head office in Doetinchem. This expansion was already included in this first design, but it was actually realized faster than expected due to the rapid growth of Rensa Family Company and the specialized sales companies. 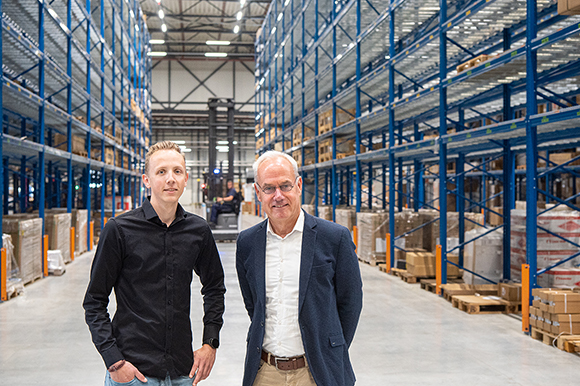 Rensa Family Company has its origins in 1953. In this year, Evert Heijink starts a wholesale business in oil and coal stoves under the name "Rensa". The company ''Rensa Verwarming & Ventilatie'' was established from the original company Rensa. Rensa Family Company and the other sales companies also resulted from this. The third generation is currently at the helm of the ever-growing family business.

Development Rensa
Due to the discovery of the gas bubble in the Netherlands in the early 1960s, Rensa really grew as a company. The company now has three locations in Doetinchem and one location in Didam. They have stored their small and large goods spread over the four warehouses of Rensa Family Company. In addition, there are many sales offices throughout the Netherlands. The company focuses exclusively on the B2B market.

Specialist in the market
With the growth of the company, several acquisitions were also accompanied. Over the years, various related companies have been acquired, such as Gévier (supplier of sanitary ware) and Gafco (refrigeration and air conditioning). In order to remain known as a specialist per market area, it has been decided not to operate under one name. Rensa Family Company eventually became the support service (think of disciplines such as HR and Logistics) for the various sales companies.

Thinking along with the customer
The most important development for the company in recent years has been the energy transition. The government is also increasingly demanding in this area. For example, instead of central heating boilers, houses now need to be equipped with heat pumps. In order to think along with customers about innovations, the "Rensa Techniek" (technology) department has been set up. A special prefabricated department has also recently been opened; this relieves the installer so that work can be done more efficiently on the construction site.

Layout of the new warehouse
In 2019, the new warehouse on Bedrijvenweg in Doetinchem was completed and we joined. In addition, we thought about how the warehouse can possibly be expanded from the inside, how small items can also be stored inside the pallet rack and how large products – which are stored on pallets with a different size – can be stored efficiently. With the actual realization of all the aforementioned in 2021.

The result is excellent as far as we are concerned. Another great (local) collaboration that we are proud of!

Even a great plan is just a plan....
until you make it real

The question that Rensa Family Company posed to us in 2019 was to develop a warehouse consisting of pallet racks that offers the possibility of expansion within the warehouse when more storage space is required.

The originally set up wide aisle warehouse was converted to a narrow aisle warehouse in 2021 that allows for a higher storage capacity. Two aisles in the warehouse retain the original width, because of the storage of pallets with different sizes that can be picked more easily from a pallet rack in a wide aisle.

A warehouse consisting of pallet racks with narrow aisles and a number of wide aisles, enabling Rensa Family Company to efficiently store and distribute a wide variety of products.

''NEDCON is complete with the delivery of material. Moreover, they work neatly and according to safety agreements.''
Products within this project