A chat from talent to talent(s) 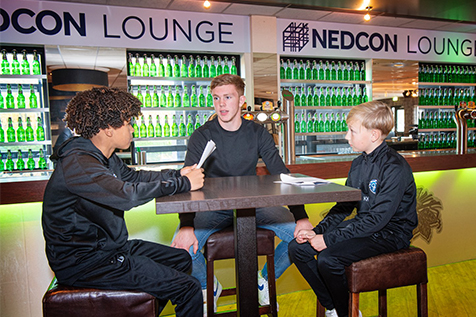 Just before the football training sessions on Thursday afternoon, Kas & Lyjairo managed to get Devin Haen – fellow De Graafschap talent - for an interview in our NEDCON Lounge. Devin now plays in the first team of the club, after having followed the talent trajectory of De Graafschap since he was 8 years old. And of course they want to know… how do you end up in the first team?

Kas – Devin, What kind of player are you?
I think I am mainly a deep player, who can be found in front of the goal a lot. I can also play in the ball but I prefer to be behind it. I'm a real striker so I like to score!

Lyjairo – How did it feel to play your first game in the first team?
We have already gone through a preparation time for the first real big game. My first official match was therefore against amateur club Silvolde. After that we played a number of matches against other amateur clubs. And then came the match against Roda JC. That was a special moment! I scored the next home game.

Kas – Which stadium would you like to play in one day?
Somewhere in England I think, like Old Trafford, Manchester United's stadium. The English playing style appeals to me, just like the German one. Playing for Bayern Munich also seems very cool to me.

Lyjairo – How old were you when you started playing soccer at De Graafschap?
I believe I was 8. Once I came home from school and there was a letter from De Graafschap that I had been selected. I started in E2 and there I did an internship, that's what they called it at the time. At first I only trained on Mondays and I also played at my own club. At a certain point, smaller and smaller groups were formed from the internship groups until you were allowed to train at De Graafschap itself. And that's how I got there.

Lyjairo – What did you find most difficult in the years that you were in the talent trajectory at De Graafschap?
I went through a period when I didn't score as a striker. That didn’t feel right. Luckily things went in the right direction after one month. I trained a bit more with a friend, for example we stayed on the field for half an hour longer, and that helped!

Thank you Devin. We wish you the best of luck in your continued soccer career! 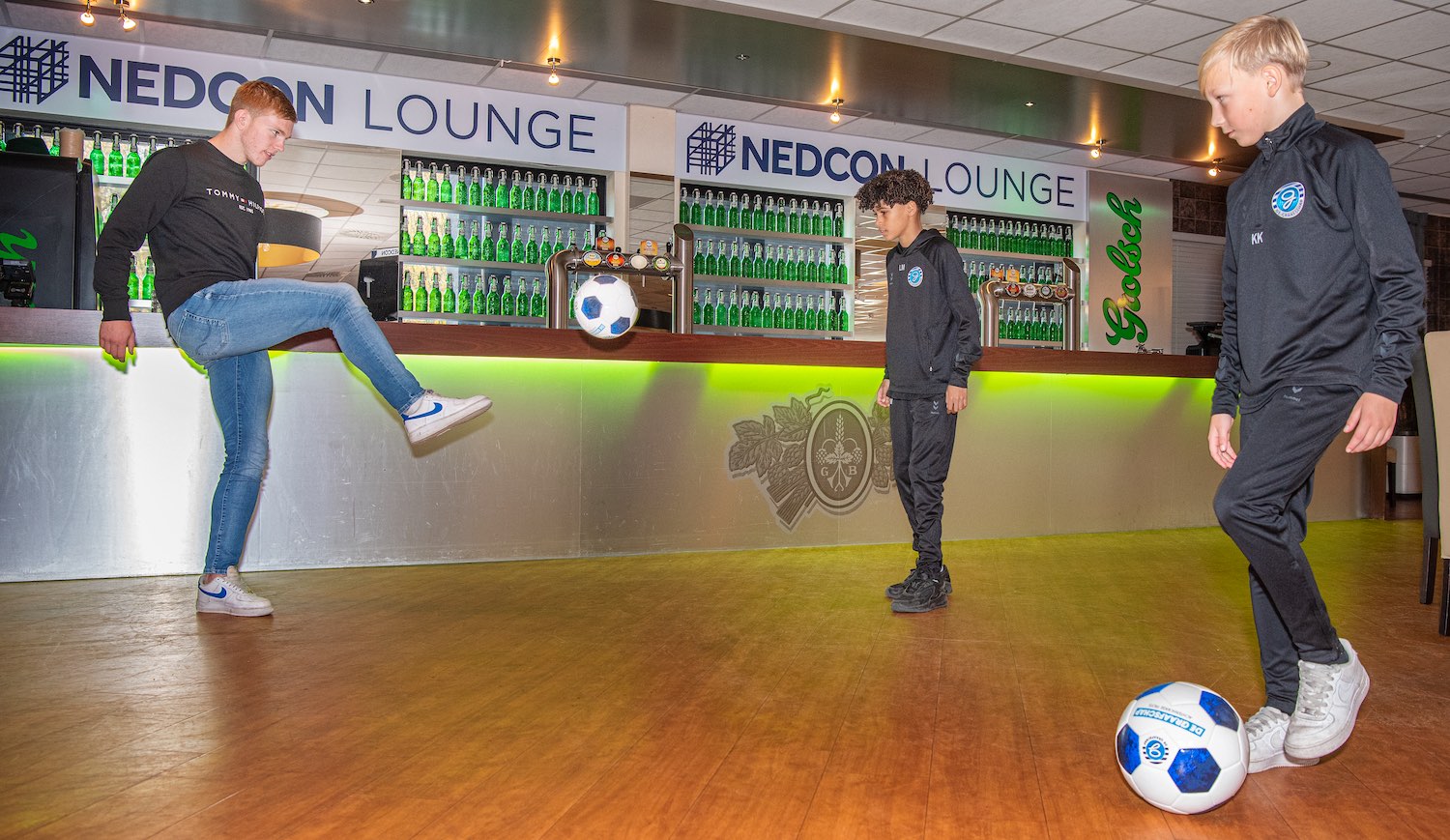